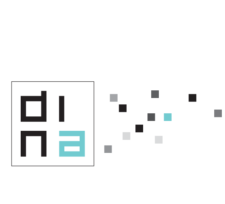 Born and raised in Los Angeles Paul Martinez graduated from the University of California, Los Angeles. He started his career working for the renowned graphic design team of Engle & Associates as an intern. The year was 1987, and Apple Computers had just come out with there new line of systems for the work space. Paul’s job was to implement, teach and execute the new work flow using the state of the art technology.

This lead him to a career with the top environmental design firm of Sussman & Prejza. “Working with Debra Sussman was a once in a lifetime opportunity”. Working on projects such as - Euro Disney, The Southern California Gas Company and the Kennedy Center.

Paul was then recruited very shortly after by Disney Consumer Products to lead their Creative Retail and Entertainment division. In 1995 Disney was getting ready to launch its first major collaboration with a new company called Pixar. Paul led the creative retail team to project the new movies products into the retail environment with record consumer sales to date of any animated series. And it didn’t stop there, he went on to work on projects such as, Pocahontas, Mulan, Lilo & Stitch, Hercules, A Bug’s Life, Tarzan, Dinosaur Finding Nemo, Brother Bear and the Incredibles to name a few.